The Framers guide to Running, should you feel like it that is…. 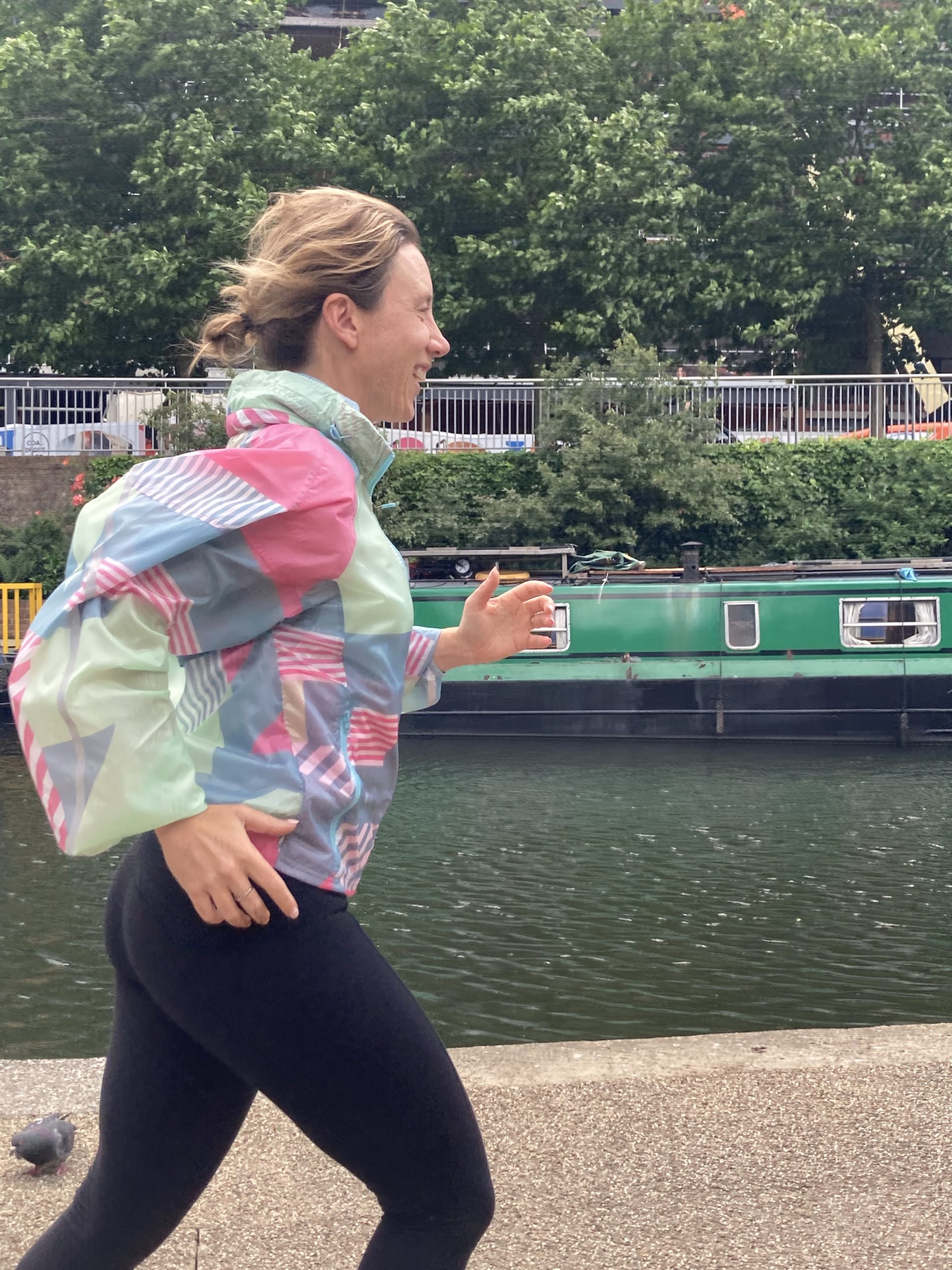 The Framers guide to Running, should you feel like it that is....

Who would have thought that two years of lockdowns would change our daily habits? But it did and as a result the nation got running. In fact, the country ran 600 million more miles in 2020 than 2019, according to Strava's global Year in Sport report, so put that in your trainers and jog! But with life as we once knew it back in full swing, the Panny D exercise of choice has taken somewhat of a back seat. Yet, with the promise of some summer sun, now is the time to dust off your trainers, grab your Fitbit and start planning a jaunt once again. However, we know that for some the idea of getting back running is like the thought of taking out the bins, worse than the actual action. But if your hesitancy to get back to pounding the pavement is based on fear; fear of being too slow, unsteady on your feet or, concerned that you'll be counting the milliseconds on your fitness tracker? Frame is here to help and let you know, you’re not alone. We come equipped with some helpful reminders to motivate and get you Running Up That Hill á la Kate Bush once again.

Great For Your Mental Health

You’re probably bored senseless reading about the positive influence exercise can have on your health, but because it’s just THAT good, we’re going to remind you. You see running is not only a great way of improving your overall happiness, health and wellbeing but it can in fact help to alleviate symptoms of depression.

A recent study by University College London found that exercising three times a week could lower the risk of depression by 16%, thanks to its ability to distract from stress and produce a heap of delicious endorphins.

Not only that but a study undertaken by Asics on 14,000 UK-based runners during the pandemic found that 82% of them said running helped to clear their mind, while 78% felt more sane and in control as a result of a daily stretch of the legs.

There’s also strong evidence that running boosts electrical activity in key areas of the brain that are essential for processing emotions – hello hippocampus – as well as helping consolidate memories from the short and the long term.

With all this in mind, can we hear a little commotion for the mental health benefits of running?

Gets You Out and About

Although running can be a solitary activity, it’s actually a pretty great way to hang out with friends, meet new people and gossip about the goings on in Hollywood.

There’s also something about a pack mentality that gives you that extra kick of motivation to go grab your trainers and get outside to soak up that Vitamin D – because who wants a bout of FOMO? Not us.

Frame co-founder Pip explains: “I love running with my neighbour so we can gossip and talk sh*t out.

“Group training is amazing on days when you need more motivation – whether that’s to leave the house in the first place, to run further or faster than you would by yourself. I don’t have much spare time, so having my gossip with a run is a win, win in my eyes.”

“Connecting with someone, chewing the fat about life, or just experiencing/enjoying time with someone. Being present. Sometimes that ‘person’ might be virtual like my family or Friends in NZ and we chat along the way.”

My grandmother used to say, ‘manners costs nothing’ and you know what else doesn’t? Running.

Look, we know that getting used to running if you haven’t done it in a while can be brutal, we’ve been there and bought the T-shirt. But once your body and mind start to acclimate, running can be blissful, meditative, and provide a sense of freedom.

Running really doesn’t have to be a drag, it’s fun – especially when you don’t have to spend money on it. Literally all you need is a pair of trainers and a want to give it a go. It really is that simple.

Don’t take our word for it, Frame co-founder Pip explains that getting out for a quick jaunt makes her feel “free, happy, and at one with nature. It helps me escape from my endless ‘to do’ list”.

Get Blaring Those Tunes

While it may be tempting to stay in and watch Love Island, getting out for a run gives you all the excuses to get off the sofa and get blaring the 5ive megamix into your earbuds – don’t act like you haven’t jammed out to it.

In fact listening to your favourite tunes can give you some much needed motivation and help get you into an optimal mindset to tackle a run. According to a study by Keele University, playing your favourite tunes while running reduces exertion levels and increases your sense of “being in the zone.”

Not only that but music can help with pacing.

In a study published in PLoS One, runners performed better when the beat of the music matched their cadence than when they ran without music. It’s suggested that if you’re going for a short run listen to fast-tempo music exceeding 120 BPM while music with less than 120 BPM is more suited for a long, slow jog.

Speaking of running beats, Frame co-founder Joan says is a big fan of “drum and bass and house music for short fast runs” while she tends to turn to podcasts from The Economist, The Courier Weekly, House Nation UK or any “parent-based ones” for those longer jaunts away from the chaos at home.

If you’ve read James Clear’s Atomic Habits then you’ll be familiar with the reward phase of habit building – and let’s be honest, getting into the swing of running again is rebuilding a habit.

According to Clear’s best-selling book, rewards are crucial to the habit formation process because you need to know which habits are worth keeping. The experience at the end, whether positive or negative, reinforces the behaviour you just did so that you can later decide if you want to do it again.

So, to help you on your new and improved habit, make sure to celebrate your run by treating yourself to a well-deserved beveragino, a massage or whatever gives you pleasure to ensure you continue on your jogging journey.

Stuck for an idea? Pip and Joan share theirs…

“My post run reward is an omelette and Cultjar Kimchi or peanut butter on toast if I’m in a rush but I always end my run with a coffee,” Pip says. “The feeling of endorphins and the guarantee of a great day!”

Joan admits the simple bliss of “endorphins” is a treat in itself. And to that, we say hear, hear!

Got the urge to run with us? Join Pip and Joan for Frame to Frame 5k run on Tuesday 28th 6pm-7.30pm. We’ll start at our Shoreditch studio and run along the canal to Kings Cross. Just £5, drinks and chats at the finish line. Email members@moveyourframe.com to pre book your spot!